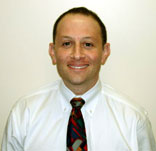 Born in: Marshfield, Massachusetts
Lives in: Monroe, CT with wife Linda and 4 children
Education: New York University, BS in Prosthetics & Orthotics, 1985
Ever since David was a teenager, the Orthotic & Prosthetic (O&P) field has fascinated him; he has never wanted to do anything else. So, over 20 years ago he became certified in Prosthetics and Orthotics receiving his degree from New York University. Once out of school, he moved to Connecticut and started his career at the Children’s Hospital Center in Newington, Connecticut. While there he gained valuable experience working in pediatrics. The requests we receive from parents to have David treat their youngsters is proof he still has that special connection with children.

In 1990 he was promoted to Manager of Newington Orthotic & Prosthetic Systems in Norwalk, Connecticut. It was there that David gained experience treating the geriatric population in both prosthetics and orthotics. As manager, David also expanded his natural abilities to supervise people and communicate with referral sources.

David took his clinical experience and business knowledge to found BioMetrics in 1993. At BioMetrics he created a central fabrication center that to this day, custom fabricates most of BioMetrics’ prostheses and orthoses. In addition, he expanded the entire business process and successfully opened four more patient treatment offices in Waterbury CT, Torrington CT, New Haven CT and most recently Wallingford CT. This expansion has allowed BioMetrics to provide convenient care to our patients, without sacrificing the high standards and personalized attention that BioMetrics is known for.

David’s enthusiasm and passion about the field of O&P is evident in how he stays current with the most advanced technology available in the world. In 2004, David was the first prosthetist in Connecticut to receive certification in the MAS (Marlo Anatomical Socket) Design technique to measure and fit above knee amputees.

While David enjoys spending time with his family and two Leonberger dogs, he also finds time for racquetball and an occasional game of chess.

Along with David’s years of experience and skills, his sense of humor and ability to relate to patients of all ages has earned him exceptional patient loyalty. 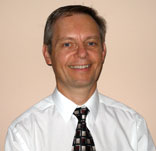 Tom has always been a handy guy to have around. Growing up, Tom spent a lot of time doing home repair projects and working on cars with his dad and older brother, so it’s no surprise he entered a field that requires a lot of hands on work, creativity and problem solving. It also incorporates his lifelong fascination with science.

Tom graduated with a degree in Biology and then worked in the Physical Therapy Department at St. Agnes Hospital in White Plains , New York . His plan had been to go back to school and become a physical therapist, but his exposure to orthotics and prosthetics while working in the PT department made him rethink that decision. Tom then enrolled in the O & P program at New York University to become a prosthetist/orthotist.

During his training at NYU, Tom worked in VA Hospitals and the highly regarded Burke Rehab Hospital . Following graduation, he joined Innovative O&P where he remained for 27 years. He may have completed his formal classroom studies but Tom has been diligent in pursuing on-going education in a variety of courses to continually increase his knowledge of the field and new products. His main interest is in lower extremity prosthetics, and he is certified in C-leg, Rheo Knee, and MAS socket design. Tom also spent a week at UCLA learning ischial containment socket design when it was first becoming the trend. His training as an orthotist provided him with the philosophy of designing the most minimal bracing possible to address the needs of the individual. For the past 10 years Tom has used a “tone reducing” design that has reinforced his belief that impressive results that can be produced by using the right brace with the right patient. He has extensive experience with a wide range of AFOs (Ankle-Foot Orthoses) and Knee Orthoses for ligament issues, osteoarthritis, and spinal bracing. His recent specialty training includes the “Trulife” S.W.A.S.H. Dynamic Hip Orthosis.

Prior to joining BioMetrics Tom had professional relationships with a number of hospitals and nursing facilities throughout New York City and Westchester County.

Tom is divorced with 2 children. He is proud to share that his oldest is a daughter who just graduated from the University of Scranton, and his son is attending SUNY at Albany.

Tom makes the most of his time-off. He enjoys downhill skiing, softball and regularly works out and runs. On the less active side, Tom spends time in NYC going to shows, visiting art museums, and attending concerts (folk, rock, jazz, and classical). Visits to good restaurants are always on the itinerary. Closer to home, Tom likes to cook, garden and takes dance lessons (swing, salsa, ballroom!) and is an enthusiastic student of American history.

Combining Tom’s technical skills, experience, and range of interests make him a talented clinician. His hands on approach and ability to communicate with patients on a wide range of issues make him a valuable addition to the BioMetrics team. We know his patients at Innovative O & P will miss him but are excited that our patients will now benefit from his experience and good humor.