Freedom For All Walks of Life

WalkAide is an advanced medical device that may provide immediate and dramatic improvement in walking caused by stroke, incomplete spinal cord or traumatic brain injury, cerebral palsy or multiple sclerosis.

Interruption of the natural nerve-to-muscle communication between the brain and the leg inhibits one’s ability to lift the foot naturally. WalkAide restores this lost communication by sending electrical signals to your peroneal nerve, which controls movement in your ankle and foot. These gentle electrical impulses activate the muscles to raise your foot at the appropriate time during each step. The result is a smoother, more natural and safer walking motion.

Recent evidence has shown that using functional electrical stimulation (FES) over time can promote positive changes in the function of the brain, a process called neuroplasticity.  1,2,3

Essentially, the brain receives more accurate information about walking while using FES. This kind of feedback improves the organization and use of the residual connections between the brain and affected muscles. As this central nervous system recovery occurs, more natural walking patterns are developed with associated increases in walking speed and decreases in effort. 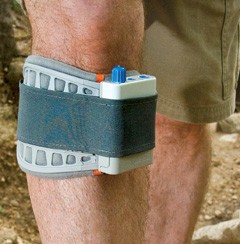 Experience the Benefits of WalkAide

Some of the many advantages of WalkAide for treatment of foot drop may include:

The Difference is in the Design

The WalkAide System features several advantages over the competition: 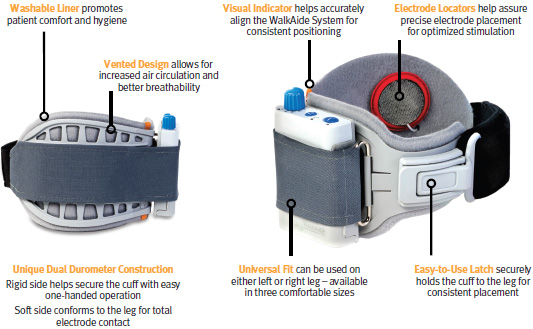